Situated at Backbarrow, at the southern tip of Windermere lake, the Lakeland Motor Museum is a must-see for car enthusiasts, and is equally as enjoyable for everyone else too. I visited several years ago, so when I was invited to go along and write about the attraction for Lake District Gems, I already knew I’d be very happy to do so.

According to its website, the museum boasts over 30,000 exhibits – from a large vintage fire engine, to the smallest badges and collectibles – from more than 100 years of motoring, beginning with cars from the pre-1930s.

There are also collections of bicycles, motorcycles and pedal cars, and there’s lots of motoring memorabilia including vintage signage. There are even a couple of mock garages chock-full of vintage tools and other motoring paraphernalia. 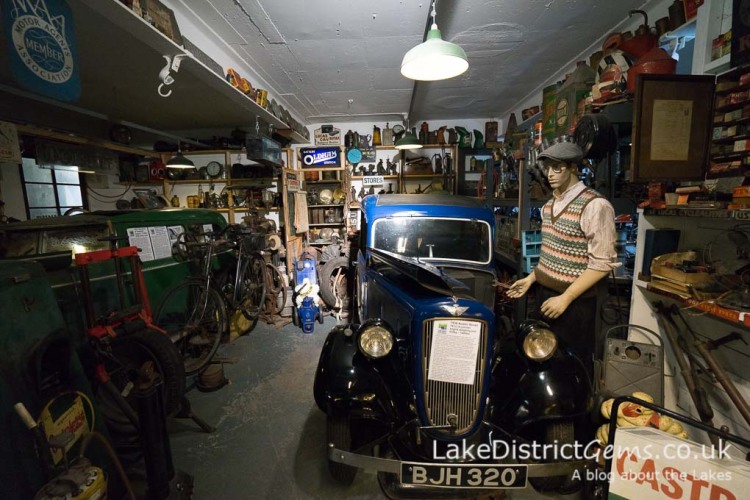 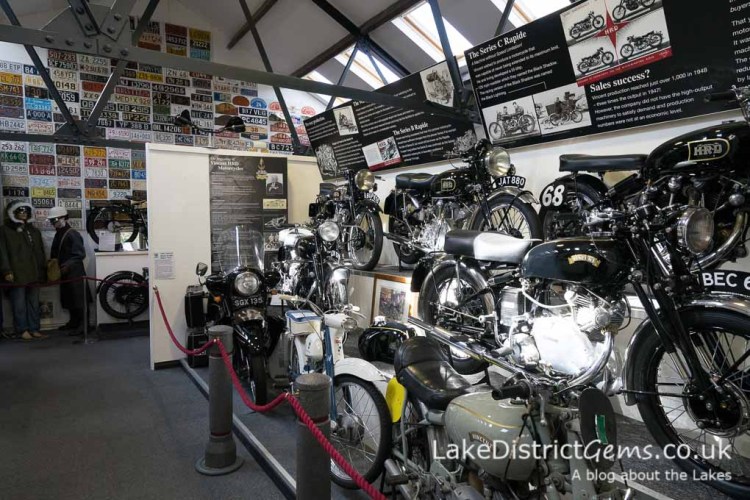 In a separate building there’s a tribute to the racing legend Donald Campbell, who was famously killed in 1967 during a world water speed record attempt on Coniston Water. Here you’ll find an exhibition along with full-sized replicas of two of his cars, a boat, and a hydroplane. 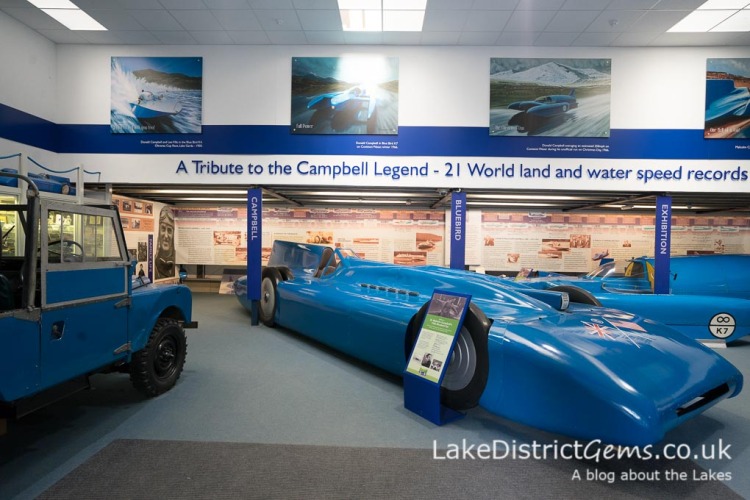 There’s something at the car museum for all ages. The young will no doubt be intrigued by vehicles they’ve never seen before. Meanwhile, those with a few more candles on their birthday cake will really appreciate the nostalgia of it all. Although I’m not sharing where I appear on that particular scale… 🙂

Speaking of the young, it might be a nice idea to treat children to a couple of coins to keep them engaged as you wander round the exhibits. They can then choose which of the games and animated exhibits to see in action. 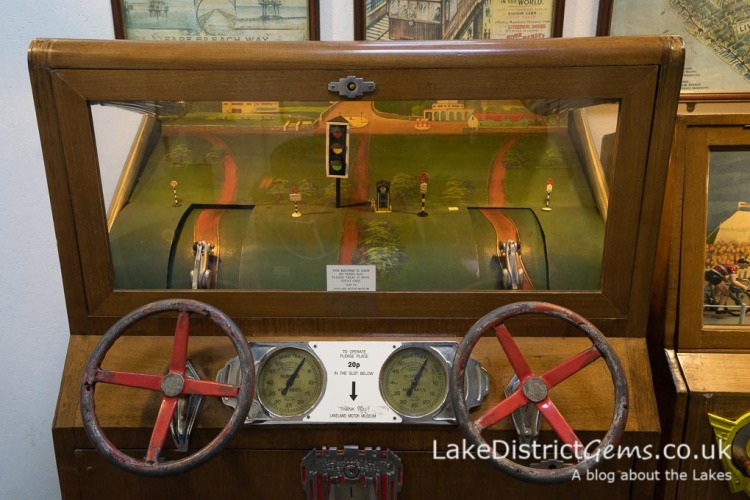 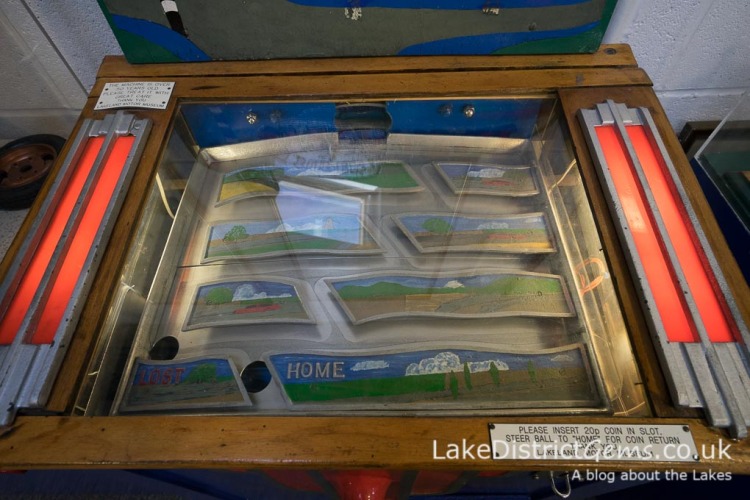 One of the things I enjoy most about the museum is the story relating to the history of the building itself, referred to by the museum as the ‘Dolly Blue myth’.

Interpretation panels explain that the building was used as a carton filling and wrapping department for ultramarine pigment, the distinctive and vibrantly coloured product once used on wash day, which in this case was manufactured by Reckitt’s. The manufacturer’s packing department in Hull was bombed during the Second World War, after which it was moved to Backbarrow.

There was also an ultramarine pigment factory at what is now the Whitewater Hotel, nearby. Although the product was known locally as ‘Dolly Blue’ (i.e. blue for the dolly tub), the proprietary brand Dolly Blue was never actually made in Backbarrow. (And you’ve no idea how many times I had to write and edit that last tongue-twisting couple of paragraphs to make sense… We do like a bit of myth-busting on this blog though!)

The Lakeland Motor Museum is a great place to visit at any time of the year, but is an especially handy option to head to on one of those drab, cold days when it’s mizzling and you just don’t feel like being outside. It’s open throughout the winter season, and well-behaved dogs on leads are welcome too.

And if, like me, you’re always wondering where your next cup of tea is going to come from, Café Ambio is situated next door overlooking the River Leven. There are a few tables by the riverside in the summer, and it’s a nice peaceful spot in which to relax and enjoy the sun.

If you really want to experience a day out to remember using a fun range of local transport, the museum also offers joint discounted tickets with the nearby Lakeside and Haverthwaite Railway and Windermere Lake Cruises. Take a look at the website for more information.

With special thanks to the Lakeland Motor Museum for providing complimentary entry on my recent visit to photograph the museum.

Have you visited the Lakeland Motor Museum for yourself? Which were your favourite exhibits? Share your thoughts with other blog readers by leaving a comment below!